Back to Resources
|
UAV / Drone Surveys

Warner Surveys UAV department undertook trials on a major tram network to be able to extract the height and stagger of the overhead cables.

With the advancement in the UAV (drone) technology combined with photogrammetry software, it’s now possible to generate a dense point cloud and extract precise measurements.

Method:
To achieve the best results, the UAV team were deployed on a clear day to collect the data. The team first laid out their ground control, which was measured with GPS. The UAV pilot created a suitable flight plan to cover the survey area. Vertical and oblique images were captured with high percentage overlap combined with three passes over the area. The UAV was able to fully cover 100m length capturing two tracks with a flight time of 18mins.

All of the images from the three flight paths were combined and used to mark the ground control points within the pix4d software. The software was set to produce a very high-density point cloud which had to be run on a very high-powered PC. The output from pix4d was a LAS file which was sliced at 5m intervals to extract measurements. 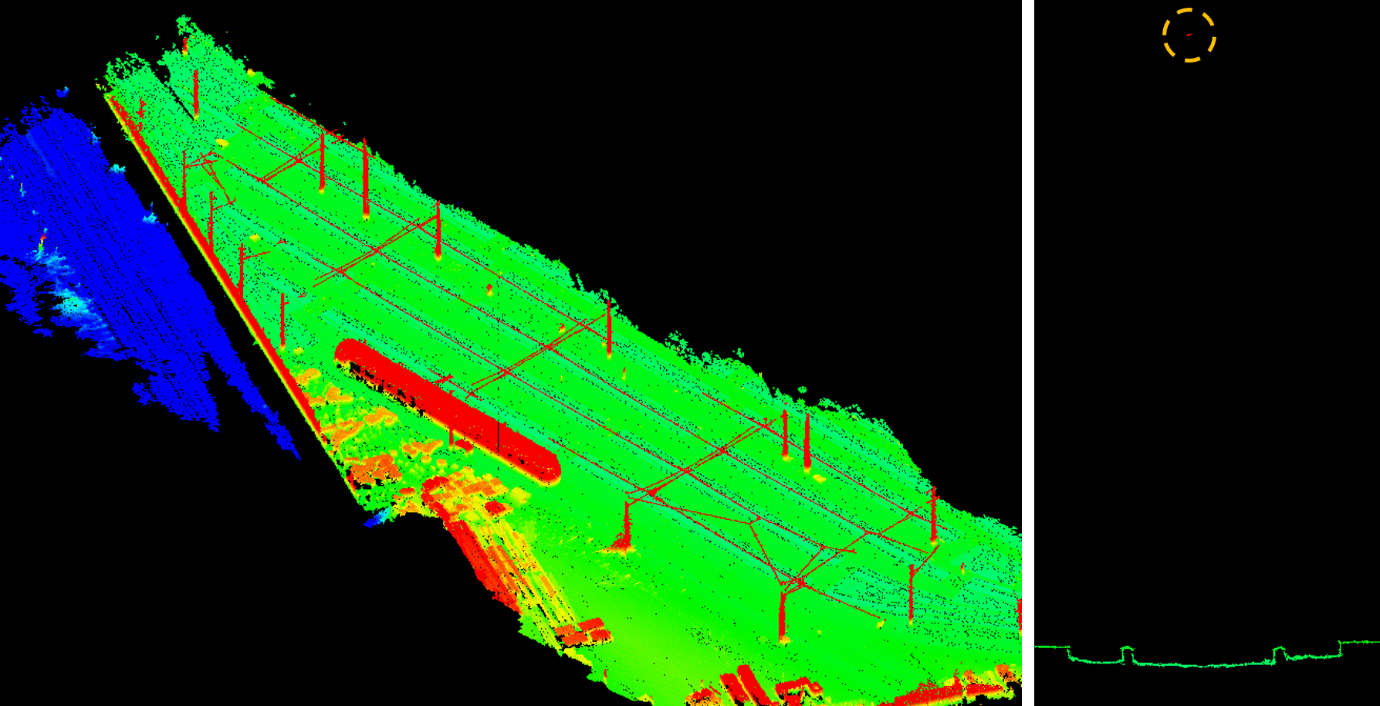 For more information get in touch with Operations Director, Clif Webb